You don't have any saved vehicles!

Look for this link on your favorites:

Once you've saved some vehicles, you can view them here at any time.

CALL US FIND US
You Are Here: Home > History Of The RAM Truck | Yukon, OK

The RAM truck is one of the top three best-selling trucks on the market, with its reputation for capability and ruggedness. It also has a long and storied legacy, with a few name and brand changes throughout its history.

It’s hard to put an exact date on when the RAM truck actually became the RAM truck we know today. Dodge had been producing pickup trucks since 1917 — however, those trucks did not bear the RAM name and sported a car-like chassis. This changed during World War I, when Dodge acquired pickup trucks produced by the Graham Brothers. While none of these vehicles bore the RAM name, all of them contributed to the evolution of the truck we know today. It wasn’t until 1981 that the first officially named Dodge RAM rolled off the assembly line.

That first generation of the Dodge RAM offered three engine options and the choice of a half-ton, three-quarter-ton, or one-ton model, known as the 150, 250, and 350, respectively. The truck sold well for over ten years, and Dodge introduced or updated four engines in 1988 and 1989.

The RAM got its first redesign in 1994, and also adopted its current naming scheme, switching from 150, 250, and 350 to the RAM 1500, 2500, and 3500. At the time, the redesign made the Dodge Ram the largest full-size pickup truck on the market. The automaker reworked its trim levels in the following years, adding Sport and luxury options and packages.

The second generation made it to 2002, when the latest redesign was introduced with a new HEMI V8. It also received an all-new, stronger frame. This came seven years ahead of the 2009 split, when the Dodge RAM officially became the RAM truck. The separation of RAM into its own brand has allowed the truck to make improvements and updates to its design, thanks to the efforts of a focused team.

You don't have any saved vehicles!

Look for this link on your favorites:

Once you've saved some vehicles, you can view them here at any time. 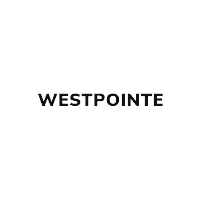